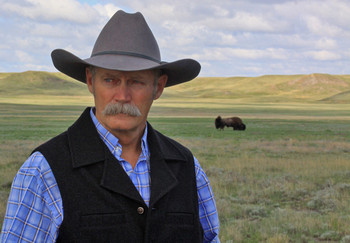 THE ART OF WES OLSON


Wes Olson was raised in the rugged foothills of Alberta’s Rocky Mountains. There, on family camping, hunting and fishing trips began a life-long association with wild places and wildlife that live in them. Following graduation from college Wes worked for several years as a Wildlife Technician for the Yukon Government, then after a stint at the Banff School of Fine Arts in 1981, began a career with Parks Canada as a National Park Warden in Banff, Waterton Lakes, Elk Island, Prince Albert and Grasslands National Parks, where he retired in 2012. This long history with the most spectacular natural areas that Canada has to offer, has provided Wes with a wealth of artistic inspiration that is reflected in the accuracy and detail of his works of art. From high mountain passes to hot barren plains, from ranches and competitive horse events to a diverse selection of wildlife subjects, Wes strives to put on paper and canvas the beauty he has been fortunate to observe.


Wes Olson has a passion for bison.


After working for more than 30 years with this charismatic animal, Wes has developed an international reputation for his knowledge about both plains and wood bison. Wes has the unique ability to combine his extensive scientific knowledge about bison with his talents using graphite, water color, oil painting and mixed medium artwork to capture the buffalo and other wildlife in their natural environments. With several dozen limited edition prints (both litho and giclee) in circulation, collectors from around the world have Wes Olson’s art hanging in their collections.


In 2005 Wes and photographer Johane Janelle combined their talents and published the book, “Portraits of the Bison; An Illustrated Guide to Bison Society.” This book is unique. No other book about bison captures the complexity and elegance of this species as do the photographs, drawings, paintings and well crafted text contained in Portraits of the Bison.


In 2012 their second collaboration resulted in the publication of “A Field Guide to Plains Bison.” Produced in field guide size and format, it is an invaluable aid to bison enthusiasts who want to understand the species better. It is filled with fascinating tidbits about the animal that will entertain and enrich you while you’re visiting a bison sanctuary.


Wes has been a keynote speaker at conferences, seminars and naturalist groups across Canada and the United States and continues to give presentations about bison and the ecosystem roles they play, to any audience curious about bison. Has well he has been involved in numerous documentaries on bison such as Bison Return, Grasslands, Elder in the making to name a few.


After 10 years in the tiny village of Val Marie, Saskatchewan where they retired from their careers with Parks Canada, nearby Grasslands National Park and it’s plains bison herd kept them busy.

Johane & Wes now reside at the gateway of Elk Island National Park, where they can enjoy both plains and wood bison.